Call Us Location Menu
LEARN HOW TO GET YOU TOYOTA PERSONALISED REPAYMENTS IN 3 SIMPLE STEPS!
CLICK HERE
6 January 2022 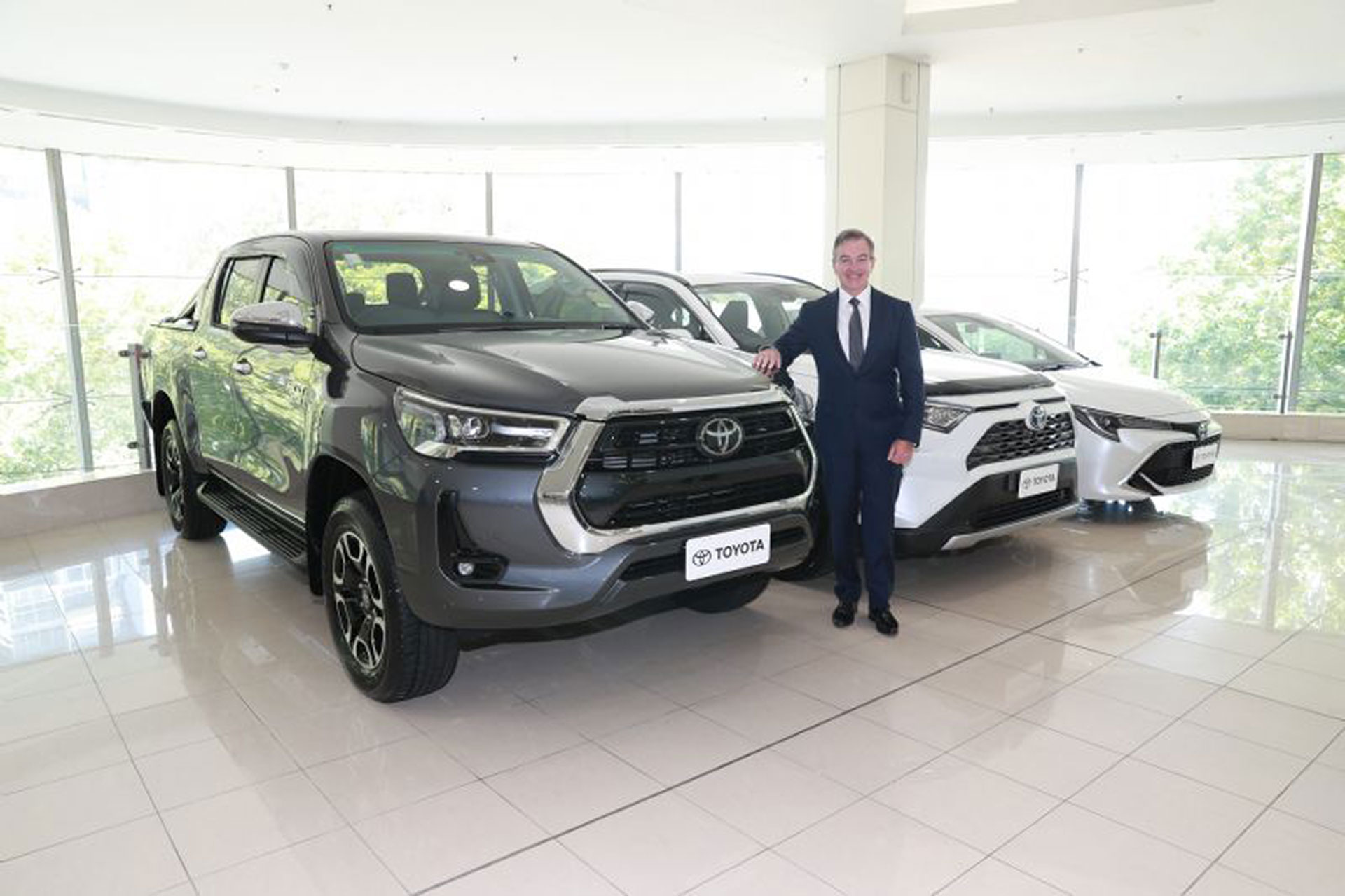 Toyota is marking 25 years as the best-selling automotive brand in Australia with a pledge to bring an even greater customer focus to its operations.

"We are progressively upgrading our range with vehicles that have new levels of connectivity, advanced safety features that are moving ever-closer to autonomous driving, shared services like KINTO and a rising number and widening range of electrified vehicles," Mr Hanley said.

The comments were on the back of the company's delivery of Toyota's industry-leading sales of 223,642 new vehicles in 2021.

Toyota's market share for the past year is 21.3 per cent. It has exceeded a 20-per-cent share 25 times during the past two-and-a-half years, an unprecedented run of success for the brand.

HiLux (52,801 sales) retains its title as Australia's best-selling vehicle for the sixth year in a row.

As the only ute to be the nation's best-selling vehicle, it has also "come of age" in the Northern Territory, leading sales there for the past 21 years while being the leading vehicle of choice in Queensland for an unbroken run of 15 years and in Western Australia for 14 years.

RAV4 is Australia's best-selling SUV, with 35,751 deliveries. Of these, 72.3 per cent or 25,850 examples were electrified, making it Australia's top-selling hybrid-electric vehicle.

Corolla (28,768 sales) is the nation's best-selling passenger car - a title it has now held for nine years in a row.

As a result, for only the second time (2020 and 2021), Toyota has achieved the automotive equivalent of a "golden slam": the market-leading brand, the best-selling vehicle (HiLux), and the most popular commercial vehicle (also HiLux), SUV (RAV4) and passenger car (Corolla).

In addition, HiLux 4x2, Coaster, HiAce van and HiAce bus led their individual segments in the past 12 months.

Mr Hanley said that, while these results are remarkable in an Australian market that is one of the most competitive in the world, Toyota continues to respect the competition and never takes its position for granted.

He said Toyota is optimistic about building on the brand's success during the coming year.

"For 2022, given what we know right now, our target is to increase sales beyond last year's total and maintain our market share above 20 per cent," Mr Hanley said.

"We will freshen our existing line-up with the upgraded RAV4 range early this year, the Corolla Cross SUV and second-generation GR86 sports car in the second half, an update to the 70 Series workhorse, and we will also announce launch timing for our first BEV, the bZ4X SUV."

Mr Hanley said Toyota's order bank remained healthy, thanking customers for their loyalty and patience, especially those who have faced extended wait times due to global supply challenges in 2021.

"We assure you we are doing everything we can to increase supply and get customers behind the wheel of their new Toyota as soon as possible," he said.

Mr Hanley paid tribute to Toyota's employees, dealers and other business partners for their support.

He said Toyota's contribution to its communities in 2021, included:

Explore  the Toyota  Range and Book a Test Drive.